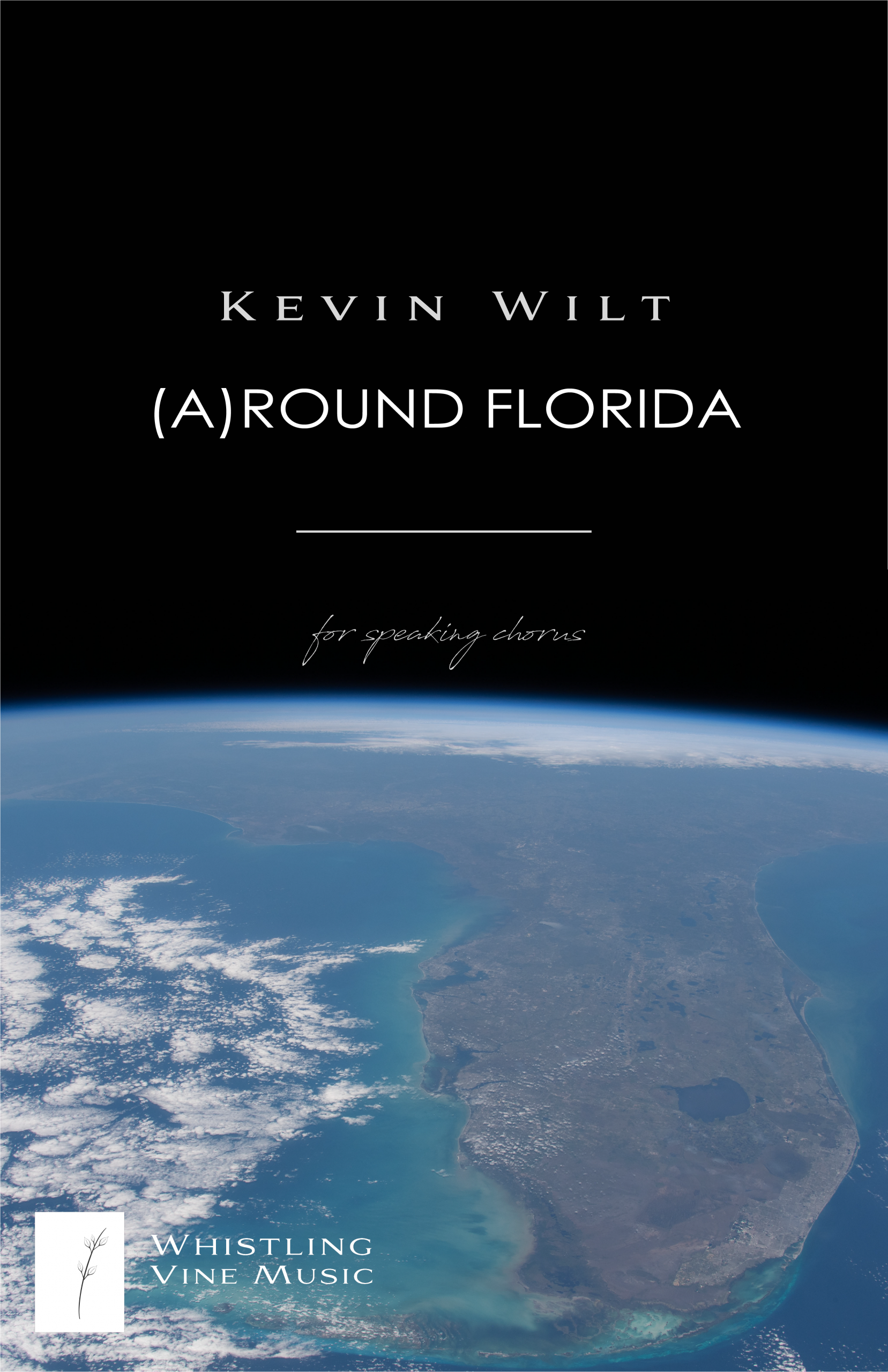 When I was asked to write (A)ROUND FLORIDA, my instructions were to start with the concept of the “Geographical Fugue” by Ernst Toch, and make it more, shall we say, local. I also knew this piece would be premiered on a summer gala concert that was lighter in tone, and downright silly at moments, so that provided the freedom to musically goof around.

The sketching process of this piece was actually quite simple. I made a list of regions, cities, locales, and land marks, all from the state of Florida, that I thought were either fun to say or had interesting rhythmic implications. I assigned, or really transcribed, an appropriate rhythm for each word or phrase, and set about composing the rhythms in a fun and imitative way.

The only time I was concerned with logic was with the very last words, closing the piece on “Boca Raton”. I knew the piece would be premiered in Boca Raton, but I also made this choice out of a sense of ownership. In South Florida, the last syllable of this city is pronounced ruh-TOHN, where in other parts of the country, it is pronounced ruh-TAHN. By ending the piece on a rhythmically emphatic beat, I, in a sense, made official my adoption of Boca Raton as my home by proving I know how to say it correctly. 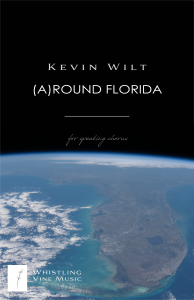