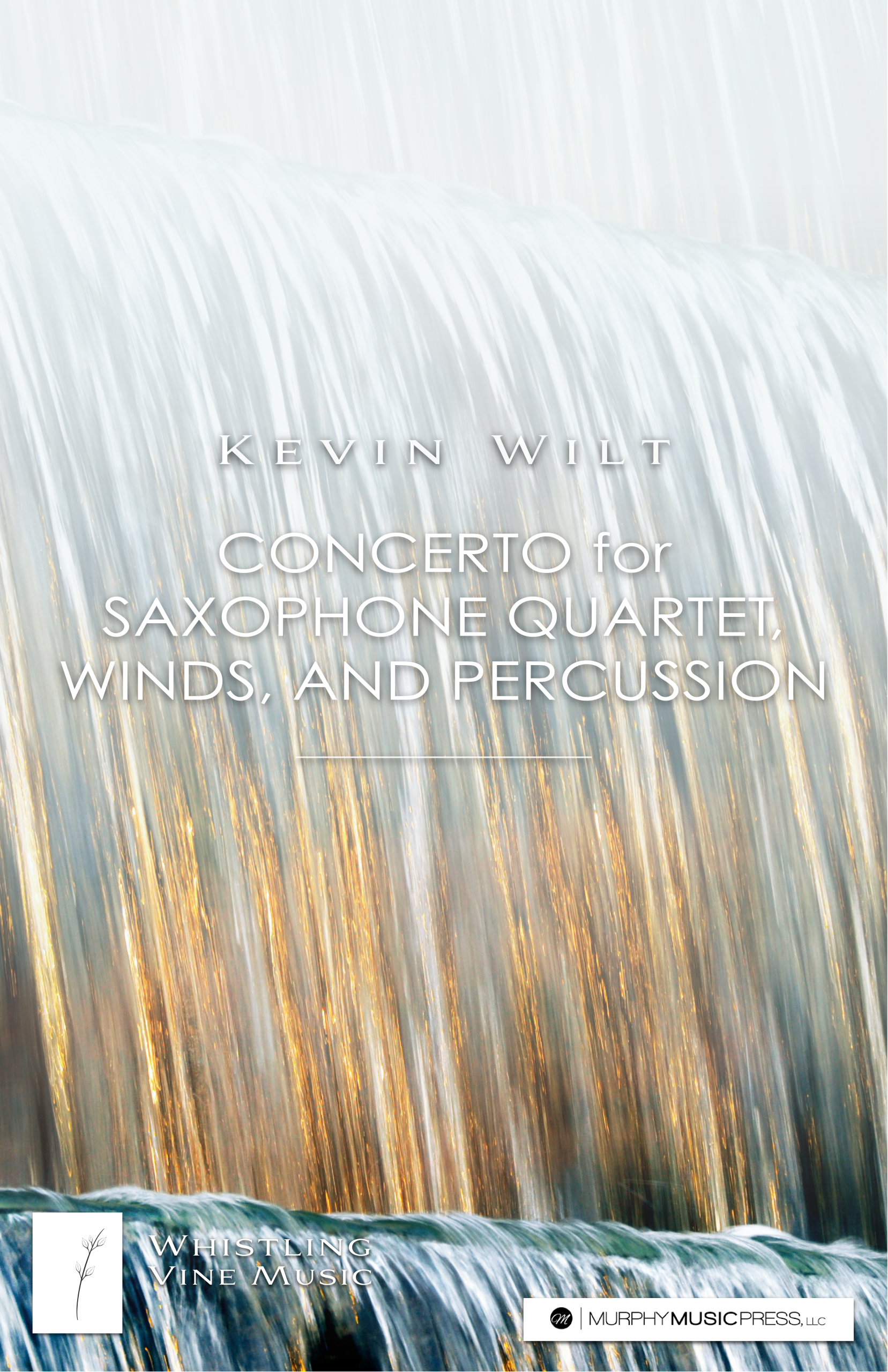 Commissioned: h2 Quartet and a consortium of university wind ensembles

CONCERTO FOR SAXOPHONE QUARTET, WINDS, AND PERCUSSION is a three-movement work based on a single melodic line. This line serves as the theme in the opening movement’s theme and variations, as the blueprint for developments in the second movement, and as a template for the harmonic language in the finale. Although there are moments of individual solos throughout the concerto, I have largely treated the saxophone quartet as a single, multi-timbral soloist, calling upon tight ensemble playing.

I. INVERTED VARIATIONS – The main idea of this movement is that the soloists and ensemble are heading in separate directions through a theme and variations. The ensemble begins with very fast, violent notes, while the soloists begin with slow, calm ones. As the variations progress, the soloists begin to play faster, and the ensemble begins to slow down. Eventually, both groups begin to synch up in similar rhythmic values, leading to the first real presentation of the theme. This leads to growing rhythmic tension, which erupts and breaks down as we approach the cadenza. The last few variations mirror the first few, but with the two groups growing farther apart rhythmically. By the end of the movement, both groups have switched places, with the saxophones playing very fast glissandi, and the ensemble playing very slow notes. 10:00

II. SIMPLE SARABANDE – This lyrical movement almost functions as a rondo, but with gradually expanding statements. The soloists introduce fragments of a melodic idea as an introduction, followed by a slightly more complete first statement. The statement is interrupted by a short bridge, which is followed by an even more complete statement. This same pattern continues throughout the movement, as thematic statements and interruptions continue to expand in telescopic fashion. 6:30

III. DANCING WATER – This movement is characterized by frequent, jumping entrances from the saxophones shaded with bright colors in the orchestra. Although not intended to be programmatic, these attacks by the saxophones reminded me of the smooth, choreographed laminar fountains often seen in public spaces. Throughout this movement, the soloists are constantly shifting the fluidity of their lines, sometimes by playing only two notes, others, playing dozens. By the end of this finale, the saxes have traced their way through the entire melodic theme that had been introduced in the first two movements. 7:30 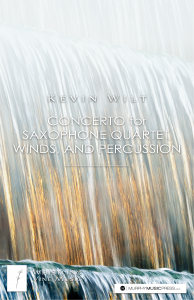