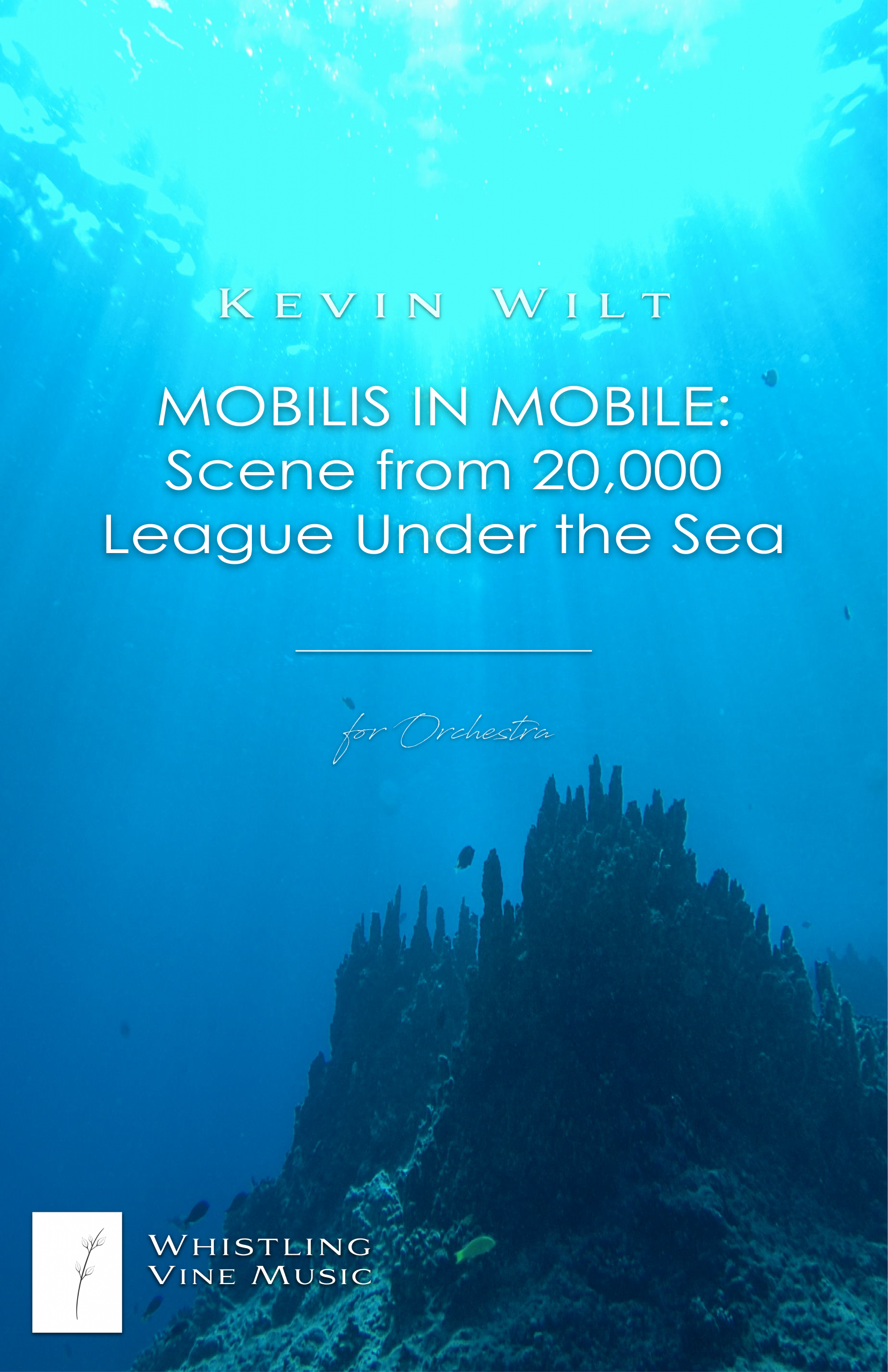 Mobilis in Mobile: Scenes from 20,000 Leagues Under the Sea

MOBILIS IN MOBILE: SCENES FROM 20,000 LEAGUES UNDER THE SEA was commissioned by the Michigan State University Philharmonic Orchestra, in part, to expand the repertoire of the typical undergraduate-level orchestra. As part of this goal, I wanted to be sure these young players would get a chance to perform in ways often reserved for more difficult pieces. The classic Verne novel provided a rich program in which I could install a dramatic musical structure filled with an assortment of extended and aleatoric techniques that would be new to the musicians.

Of all the images remembered from the book and subsequent films, perhaps the most prominent is that of the villain, Captain Nemo, playing the ship’s pipe organ in a state of grim introspection. However, any such scenes are somewhat rare in the story itself. I scoured the novel, looking for any musical hints that could guide me, but only found a single mention of the music Nemo played. Professor Pierre Aronnax, the novel’s protagonist and narrator, describes Nemo’s performance, saying, “…he touched only the black keys, which gave his melodies an essentially Scotch character.” The idea that Nemo’s musical language was built on an anhemitonic pentatonic scale provided the perfect material to illustrate both his enigmatic character and ethnically ambiguous appearance. As the story is centered on him, his imprisonment of Aronnax and his companions, and their journey throughout the world’s oceans, using his theme and pentatonic sound world to form much of the work’s structure seemed logical. As such, the scenes set aboard the Nautilus are built upon an underlying cantus firmus of several long-stretched phrases of Nemo’s theme. Although sometimes played literally, the cantus firmus is often no more than an underlying force that is steering the harmonic motion of the work.

The piece opens with a musical wave of sorts, consisting of small, motivic droplets that grow in number and intensity while moving through various modes and transpositions of the pentatonic collection. This same wave idea returns throughout the work, separating one scene from the next, becoming more violent each time. The first scene is an energetic introduction of the professor’s theme (m. 38ff), with a rather French-sounding rhythmic pattern in its accompaniment, followed by the theme of Ned Land, a whaler who joins the professor as they hunt down the mysterious “creature” that has been plaguing the world’s oceans. Like any sea shanty, his material is sung lazily, represented by a solo trombone, with the strings and harp mimicking a guitar accompaniment (m. 56ff). After another, more intense wave, Nemo’s theme is introduced with much of the orchestra playing aleatoric techniques to give the impression of light refracting above a sea of corral (m. 92ff). The third scene is a string lament as Nemo buries one of his crew killed in a curious accident (m. 168ff). A fugal section based on his theme immediately follows this lament, as he enacts murderous revenge, showing his true colors (m. 211). Here, the winds are written and balanced in a manner to emulate a pipe organ, eventually blasting his full theme, while the strings represent the professor, horrified, as he watches the slaughter. This last scene is washed away by the final wave section, which slowly withers down to nothing. 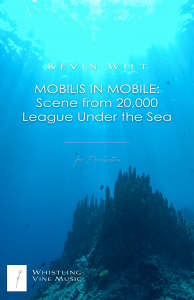