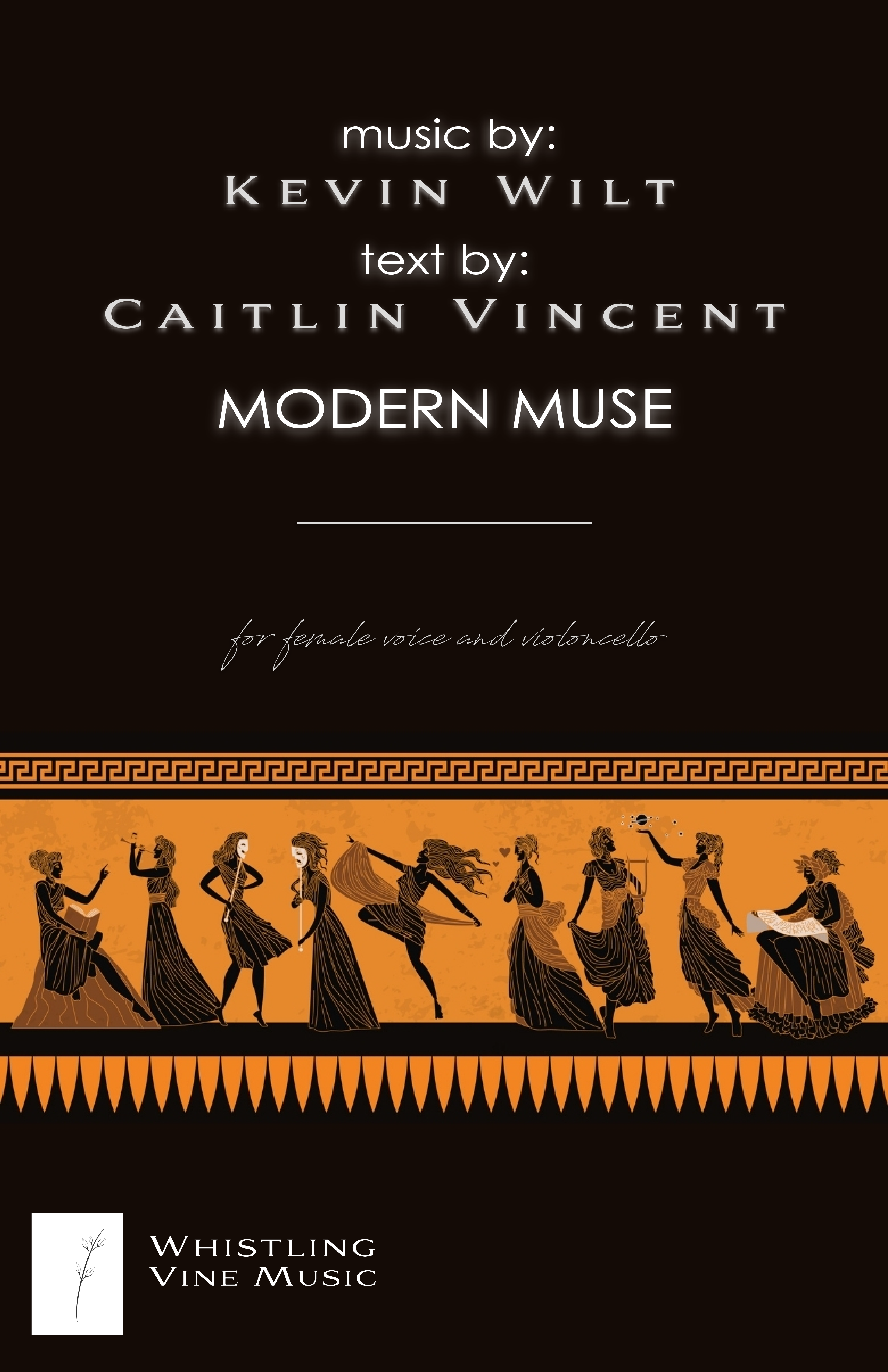 15 minutes
for female voice and violoncello

MODERN MUSE marks my second collaboration with poet Caitlin Vincent, who sent me these wonderful poems shortly after our first. Although these songs have a wide emotional range, they are cabaret songs that never take themselves too seriously, which made them fun to write.

The songs tell familiar tales of women from ancient Greek mythology, but from a fun, colorful, and contemporary angle. As was traditional in the music from ancient Greece, the lyre would accompany the singer heterophonically, doubling the same music underneath the voice, with a little bit of variation. I have hinted at this same relationship between singer and string accompaniment, especially in the first and last songs, before venturing into different textures. 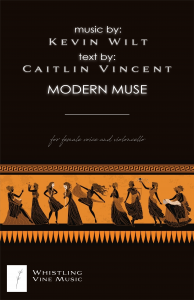